What is Full Spectrum CBD?

In order to produce CBD oil, cured hemp flowers undergo a series of extraction, filtration, and distillation processes to remove unwanted plant material while still retaining the natural essential oils produced in the plant. These oils are technically referred to as terpenes. Full-spectrum CBD oil will generally contain a ratio of terpenes that is highly similar to that of the original plant.

Cannabis flowers produce a wide range of terpenes. Each individual terpene embodies its own unique scent and flavor. The combination of terpenes is what gives a particular strain its distinct aroma. Full-spectrum CBD oil will generally have a similar aroma to the original buds from which it was extracted. 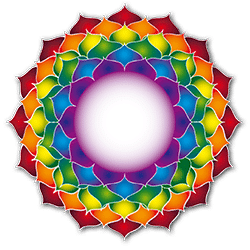 Full-spectrum CBD extract can be further refined to produce highly concentrated products such as waxes and solids which can contain as high as 60 to 80 percent CBD (which is technically known as cannabidiol). While these products are still considered to be full-spectrum products, the ratio of terpenes might vary slightly from those in the original plant due to certain terpenes being lost in the refinement process.

Taken further, a series of distillation processes can produce 99.9 percent pure CBD. Products infused with purified CBD do not qualify as full-spectrum products as they contain none of the terpenes from the original plant. Some CBD oils, edibles, skin creams, and other products are made using purified CBD only. Others are made with CBD and added terpenes. Neither of these products is considered to be a full-spectrum product.

Moreover, products made with purified CBD plus added individual terpenes or mixtures of terpenes are referred to as “broad-spectrum CBD oil” rather than as “full-spectrum CBD oil.” Although these products do contain terpenes, they do not contain the same formulation of terpenes found in the original plant.

Terpenes, like cannabinoids, are active compounds that produce physical changes in the human body. In fact, each terpene offers its own set of medicinal effects. For example, certain terpenes act as sedatives while others act as stimulants. Additionally, certain terpenes can modify the effects of CBD.

The combined effects of the cannabinoids and the terpenes in full-spectrum CBD oil can be quite different than the effects of any individual cannabinoid or terpene. This combined effect is often referred to as the “entourage effect.” (An entourage is a group of people with different skills or personalities that travel together for a particular purpose.)

In some instances, a full-spectrum extract might be more effective at treating a particular condition than a product containing only CBD isolate and no terpenes. However, unless the exact strain and its entourage effects are known in advance, a patient might be better off sticking with a purified CBD-infused product or a broad-spectrum product with a targeted terpene formula rather than a full-spectrum product.