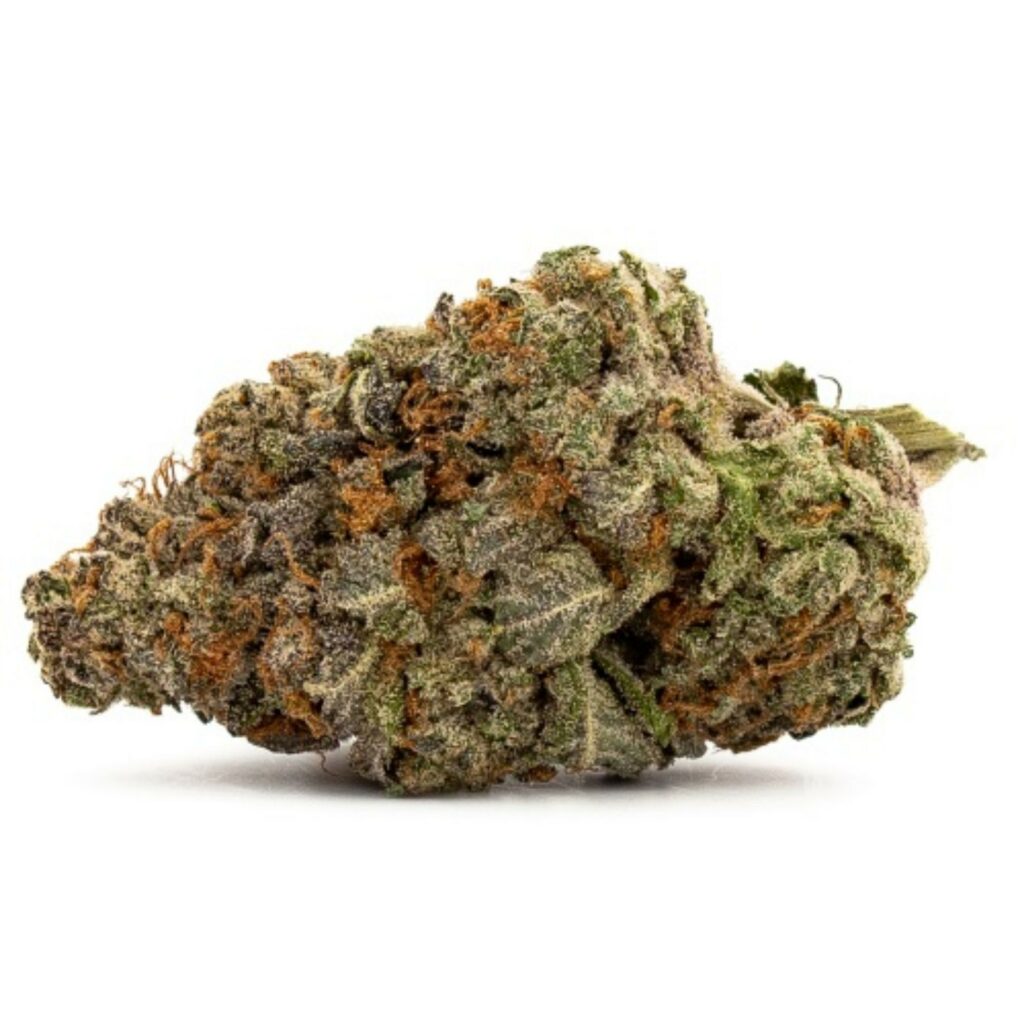 White CBG is a hybrid strain which has an 18.5 % CBG and 0.3% THC content. “White CBG”, or simply “The White” as it is often referred to is a premium hybrid industrial hemp flower strain that has been carefully bred to contain high levels of GBG in order to maximize on its therapeutic benefits.

Being one of the most costly cannabinoids to produce, CBG has gotten the title “the Rolls Royce of cannabinoids”.

The white CBG has a light green flower with sparse orange hairs and coated with dense white frosting.

Its buds are medium to large sized and are chunky, bright and frosty and though not as dense as the flower, their white crystals are breathtakingly appealing to the eye.

The aroma is understated, a quality that is common in CBG flowers with distinct notes of warm earth, cypress, cilantro, and gas. Its taste is earthy and pungent with citrusy notes. The smooth, fresh smoke of White CBG will have the effects kick in almost immediately. You will feel delightfully calm while your mind will remain active and alert. This quality has many consumers picking CBG over CBD to avoid any chance of feeling drowsy during the day.

CBG has the effect of increasing anandamide which helps regulate focus, mood, appetite and sleep.

As mentioned earlier, it is a great morning strain though it can be used at any time of the day.

It is a hybrid strain bred to increase the amount of CBG.

Terpenes are the element that give most herbs, fruits and plants their characteristic aroma. Each terpene has unique characteristics and benefits.

White CBG is particularly terpene laden. These are some of the terpenes it contains in generous amounts:

Guaiol: Though not much is known about this terpene as yet, it has been used for its medicinal value for centuries in the Caribbean. Potential benefits could be anti-oxidant, antibacterial and antimicrobial effects.

Limonene: Limonene is one of the most common terpenes found in nature and may offer several health benefits. It has been shown to possess anti-inflammatory, antioxidant, anti-stress, and possibly disease-preventing properties. It also supports healthy digestion; prevent ulcers and aids in weight loss.

Bisabolol: This is a fragrant terpene that has great Anti-inflammatory, Anti-irritant, Antioxidant, Anti-microbial and Analgesic qualities.

Caryophyllene: Found abundantly in White BCG, this terpene both enhances the action of the endocannabinoid system as well as having anti-inflammatory benefits.

Myrcene:  Myrcene is a terpene that is found abundantly in most cannabis strains. It is known to relieve pain and reduce inflammation. It can also block the cancer-causing action of ingested aflatoxins which are produced by fungi.

Pinene: As its name suggests, this terpene smells like pines. It has anti-inflammatory and bronchodilator properties(helps open airways). It also aids in reducing anxiety and pain.