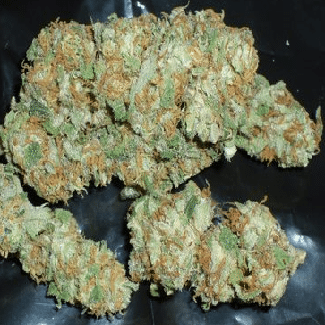 Richie Rich is a hemp strain with astronomical CBD amounts that may be as high as 25%. It is an indica leaning strain with 70% indica effects and 30% sativa effects. This hemp strain is a hybrid cross between Northern Lights #5 and a Skunk #1 strain. The hemp phenotype contains less than 0.3% THC. Richie Rich pre-rolls from savage can be easily accessed from online sources. These pre-rolls are a favorite due to their high CBD amounts.

Richie Rich strain is a beautiful hemp strain that is colored with sparkly trichomes. The buds are olive green and dull creating a good background for the silvery layer. The pistils squeeze through the spaces between the nugs which are densely packed. They are orange colored and help to break the monotony of the green.

Generally, this hemp strain will have a mix of greens and orange that is dusted with a whitish powder. The trichomes carry a therapeutic mix of phytocannabinoids such as CBD, CBDA, and CBG. A full spectrum extract will have extra terpenes that will provide a myriad of therapeutic benefits when consumed.

Richie Rich is an upbeat hemp strain that produces a potent body stone. Once consumed it triggers a feeling of intense wakefulness and relaxation. This quickly translates to heaviness especially in the extremities that eventually leaves you glued to the couch in what is commonly referred to as a couch-lock effect.

Richie Rich has a skunky aroma that is interrupted by citrus notes. Mild floral notes may also be elicited from this strain. Given the dense trichome layers, the nugs of this strain are usually sticky and difficult to break by hand.

Richie Rich is an indica leaning cannabis strain. Frequent users enjoy taking this strain in the evening when they are about to wind down the day. After a while, this strain is likely to induce sleep.

The origins of Richie Rich are unclear. However, it is believed that this strain is a cross between Northern Lights #5 and a Skunk #1 strain. You can access this strain from Savage CBD.

Richie Rich is rich in terpenes therapeutic terpenes. From the aroma produced when you open a jar of this strain, the following terpenes should be present in this strain.

Myrcene is the most abundant terpene in most hemp strains, especially those of the indica variety. It has a skunk-like aroma that is hard to miss.

Limonene is responsible for the citrus notes in this strain.

Caryophyllene is commonly found in spices and is responsible for the peppery notes in this strain. You can find this terpene in spices such as basil, oregano, and rosemary. This is the only terpene that interacts directly with the endocananbinoid receptors. Thus it facilitates the activities of the other cannabinoids through the endocannabinoid system.