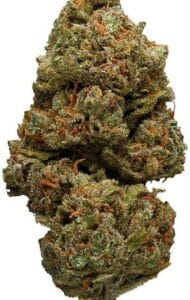 Queen Dream is a feminized hemp strain that contains about 7% CBD and 0.2% THC. It is as a result of crossing the legendary R5 and a select phenotype of the wife.

Queen Dream has large flowers whose scent is of floral notes, hops, sweet bread and haze. It is a mild flavored strain with high CBD content, which makes for a smooth smoke with very relaxing effects that hit you almost at once.

You will expect to feel a burst of energy shooting through your spine accompanied by a tingling sensation that will make all your nerves feel alive. After a while, you will experience great mental clarity and a tranquility that will quieten your thoughts.

Queen Dream provides a relaxed sense of ease. In addition, Queen Dream will help induce a feeling of deep calmness.

This strain is best suited for daytime of early evening use.

Queen Dream is a feminized strain that contains about 7% CBD and 0.2% THC content.

It is as a result of crossing R5 and the wife.

These are aromatic compounds that abound in almost all plants and herbs. Cannabis has particularly high concentrations of terpenes hence their strong, unmistakable smell.

Terpenes give plants their characteristic smell for example lavender, pine, spices, oranges just to name a few. What a plant or fruit eventually smells like is a combination of several terpenes. In nature, terpenes are used to either attract insects for reasons of pollination or repel grazing animals and pests. There are more than 100 different terpenes with different characteristics.

Queen Dream has several terpenes; we’ll discuss the most prominent:

Myrcene: This terpene is found in abundance in the Queen Dream strain. It has powerful anti-oxidative properties that have great benefits to the brain and heart. It is also a potent anti-inflammatory agent, antibiotic, analgesic and antimutagenic substance.

Linalool: This terpene has a calming and relaxing effect as well as aiding in anxiety and stress.

Caryophyllene: This terpene is found in good amounts in Queen Dream. It has anti-inflammatory effects and could help manage chronic and nerve pain in some people.

Humulene:  This terpene has the potential to prevent allergic reactions in conditions such as asthma. It reduces the allergic inflammation that might be in the airways, preventing an asthma attack. It also has bronchodilator properties that help in the opening of the lungs.

Preliminary research also shows that humulene may have some protective effect on particular cells, which could enhance the action of guarding against pathogens such as cancer.