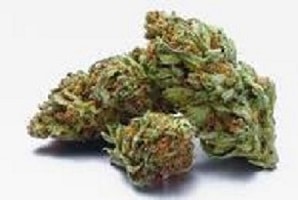 Jet Fuel OG is a member of the Diesel family, given the pungent nature of this strain. However, it does not just stop at being a pungent strain, it has equally powerful genetics that endear it as medicinal hemp strain.

This strain is also referred to as Jet Fuel which depicts the aroma that is reminiscent of the strong aroma of jet fuel. It is a strain that was created by crossing two powerful but nonchalant strains; Aspen OG and High-Country Diesel.

This strain is a popular choice for tackling common issues such as poor appetite and sleeplessness.

Mature buds of this strain will have a glistening drizzle of peach fur that coats the top surface generously. This layer of resin glands is heavy with cannabinoids and terpenes, mostly prominently CBD which may exceed 15%. Beneath is a layer of pastel green and yellow which is interrupted by thin orange pistils at irregular intervals. The enchanting nugs are small and rounded while the leaves are broad, and spade shaped.

In this strain, look may be deceiving. When you crack open a jar with Jet Fuel OG you will have to take a step back to absorb the pungent diesel fumes that will be stinging your nostrils. For new users this can be quite offensive, like sticking your nose into a can if diesel. However, the scent becomes tolerable and even enjoyable after a while.

This strain will produce dense plumes of cloudy smoke when combusted. The smoke tends to hit the throat with abrasive tenacity and cause uncontrollable coughing. The taste is pasty and bitter. This is not the most appealing strain for new users as far as flavor and aroma goes. However, once you get past this, the effects are likely to get you hooked in this diesel strain.

Once this strain hits the bloodstream users experience a deep wave of relaxation that is fast to wash away fatigue and exhaustion.  This is a fast-acting strain that will catch you by surprise and in a moment, users are enveloped in a state of calm tranquility. Being a Sativa leaning strain, Jet Fuel OG will cause razor sharp concentration that will power you through a hectic day. Users have described tis strain as “awakening” in every sense of the word. It finishes off with a mellow effect that will allow users to tone down and drift into deep slumber.

Jet Fuel OG is a hemp hybrid strain that was created by crossing Aspen OG with High Country Diesel.

Jet Fuel OG is a pungent strain that has high amounts of myrcene and humulene.

Myrcene in combination with humulene produce a powerful diesel-like aroma that is characteristic of this strain. The spicy hints in this strain are due to the presence of caryophyllene.