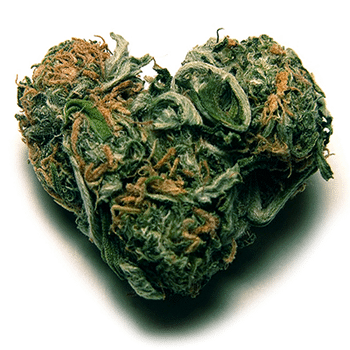 Learn more about CBD flower strains available on the CBDbay by clicking on each strain. You can find the full list of the products specific to the strain as well as search by brand, product type and strain type.

Most important, these dried CBD flower products do not produce the “high” effects that their cousin cannabis does. 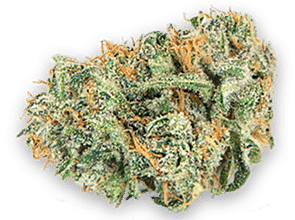 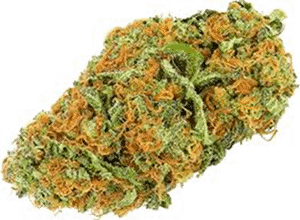 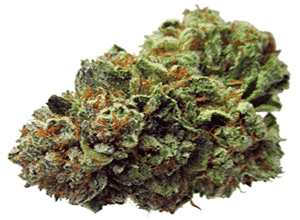 Smokable hemp flower is a fast-growing herb. And we don’t mean down on the farm. Ever since hemp and CBD were legalized at the federal level at the end of 2019, smokable high-CBD hemp flower has exploded in popularity. In this post we’ll explain what hemp flower is and list some of the most popular strains.

What is smokable hemp CBD flower?

CBD and the other compounds found in hemp flower (terpenes) have many of the same physiological and psychological effects as marijuana but, again, without the high.

The kind of hemp that you smoke is actually the offspring of marijuana and not that industrial hemp that’s grown for its nutritious seeds and strong natural fibers.

Smokable hemp flower is grown the same way marijuana is grown — in pots or plots — rather than in big dense fields as is the case with industrial hemp. Only female plants are grown to avoid the production of seeds.

Although you might get nasty looks if you’re smoking a hemp “cigarette” in any public place where the smoking of tobacco is permitted, then you are not breaking the law. (Think of it like so-called “near beer” which looks, smells, and tastes like beer but doesn’t get you drunk.)

You can roll hemp flower into joints. You can stuff it in a pipe. You can spark it in a bong. You can even use a dry herb vaporizer to “smoke” hemp.

There are numerous reasons that people smoke hemp.

For one, it’s not poisonous like the nicotine found in tobacco. The amount of nicotine found in one pack of cigarettes is enough to kill a person if consumed all at once. Hemp flower is completely non-toxic. There isn’t one single credible report that someone has died because they smoked too much hemp.

Secondly, hemp is not known to cause cancer and hypertension (high blood pressure) like marijuana is.

And thirdly, hemp is not addictive like tobacco is. In fact many addiction treatment programs are now using CBD to help their patients kick deadly habits such as hard drugs and alcohol.

So, the bottom line is, if you’re going to smoke an herb, you’ll be hard pressed to find an alternative that is as satisfying and safe for human consumption as hemp flower.

Learn more: What Exactly Is CBD?

If you’re choosing between a pure indica and a pure sativa, the choice is clear:

Below are some of the more popular strains of CBD hemp flower available to online shoppers. Some — generally those that are grown outdoors — are more prevalent in certain regions of the country than others. This is because they are bred to thrive in a particular geography and climate.

That being said, most of these strains can be found online.

Please not that the CBD percentages listed here are nominal and could be higher or lower depending on the crop, the climate, and cultivation methods.

Elektra is a highly aromatic hemp flower that offers a fresh citrusy, flowery, earthy aroma with hints of clove. This is a great strain for daytime use. Elektra is an improved version of the Sativa dominant ACDC hemp strain.

Charlotte’s Web was one of the original strains of high CBD cannabis developed by the Stanley Brothers in Colorado. This strain can be found in marijuana dispensaries with varying levels of THC, however, a low-THC hemp flower is readily available. Charlotte’s Web is great for those seeking elevated creativity.

Cherry Wine is a perfect nighttime strain. It’s aroma is sweet, fruity, and piney with peppery undertones. This is a highly popular and readily available strain of high-CBD hemp flower. Cherry Wine is a balanced Indica/Sativa hybrid. Users claim that it offers an uplifting experience.

Lifter is another high-CBD hemp strain that is popular amongst creative types. Its energizing aroma is definitely cherry-like with hints of citrus and spice. The terpene-rich buds are dense and perfect for smoking. This strain was named after famed tomato cultivator, Mortgage Lifter.

Sour Space Candy is another great sativa-dominant strain that’s great for daytime use — both invigorating and relaxing. This strain offers a strong sweet and sour aroma with hints of citrus and tropical fruit. The sticky buds make this strain a little more difficult for rolling, but great if you’re a fan of pipes and bongs.

The aptly named Hawaiian Haze offers aromas of citrus and tropical fruit. This sativa-dominant strain is a cross between DC Haze and ERB and is popular for day and nighttime use and is great after a strenuous workout. As with Sour Space Candy, these dense, sticky, buds lend themselves more to pipe smoking than rolling.

Special Sauce, a cross between Special Sauce with Early Resin Berry, is another indica-dominant strain that offers a sweet and sour aroma but with a unique, piney finish. This strain is uplifting and popular with folks who like to chill out after a hard day’s work.

Suver Haze, like Special Sauce, provides a nice end-of-day attitude adjustment with a clear head. The buds are large and great for smoking with scents of pine and sour apples. Suver Haze is a cross between Suver #8 and ERB.

Remedy is another strain that offers a piney, citrusy aroma that’s more suitable for  an end-of-day smoke. It’s a well-rounded cross between Cannatonic and Afghan Skunk that leaves the smoker both relaxed and uplifted.

Bubba Kush hemp flower offers a spicey, citrus aroma with hints of cocoa and coffee. This is another great strain for a nice, relaxing, end-of-day smoking session.

Suzy Q is a pungent and sticky high-CBD, indica-dominant hemp flower strain more suitable for pipes than papers. It offers a piney and earthy scent. This is one of the most popular strains of hemp flower for pre-bedtime use or a Netflix and chill session. This strain is not recommended if some strains tend to make you cough.

Boax is a well-balanced indica-sativa hybrid strain that’s sweet and fruity, high in CBD and offering a full spectrum of terpenes. This is another good strain for daytime smoking and offers smokers a burst of creative energy. It’s lineage includes Otto II and Hindu Kush.

Ceiba hemp flower offers an energizing smoking experience that makes it great for daytime use. It offers a rich balance of cannabinoids and terpenes provides that citrus-pine blend that hemp flower smokers love. Ceiba won’t leave you couch-locked. Ceiba is an indica-dominant hybrid grown mainly in Vermont and is more commonly available in the Northeast.

Bubba Remedy is obviously a cross between Bubba Kush and Remedy and offers a unique blend of terpenes that are more suitable for daytime smoking. This strain is also very popular among hemp flower smokers with its smooth burning, sweet tasting smoke.

Cherry Creme Brulee is a sweet and spicy hemp flower generally grown indoors. It’s a bit harder to find than some of the other strains listed here. It offers a smooth smoking experience and a blend of terpenes that makes it better suited for nighttime use.

Learn more: How to choose the best CBD product for you

Understandably, some people are not interested in smoking hemp. However, you might be interested in CBD hemp flower or High CBD cannabis strains in other ways.

Hemp flower can be used in all of the same ways that people consume marijuana. It can be vaporized using a dry herb vaporizer, it can be cooked and infused into oils or butter, and it can be used topically.

Hemp flower can also be powdered using a coffee grinder or bullet blender and added directly to smoothies or food. By consuming hemp flower raw you get a different set of cannabinoids — most notably CBDA rather than CBD. Although they have very similar effects, they do differ.

In 2008 researchers found that the molecular structure of CBDA closely resembled that of common nonsteroidal anti-inflammatories (NSAIDs). And in 2013 another study found that CBDA was a thousand times more powerful than CBD in binding to a specific serotonin receptor.

To sum it up

Smokable CBD flower is fast becoming a popular alternative to smoking marijuana strains that are high in THC as well as to smoking tobacco.

While CBD sales have slumped a bit recently, sales of smokable hemp flower are brisk and rising fast. This can be attributed to the fact that it’s legal in almost all 50 states, can be purchased without a medical marijuana card, and can easily be purchased online and delivered to your doorstep.

Although most smokable hemp flower doesn’t quite yet match the quality of the best marijuana buds in terms of richness of terpenes, it can only improve as it’s popularity grows.

The more people that switch to hemp from other forms of CBD, marijuana, and tobacco, the higher the quality of hemp flower strains will become in the future.