What is CBD?
WHERE DOES IT COME FROM?​

Home » CBD Articles » What is CBD? Where Does It Come From?

What is CBD? Where does CBD come from? How is CBD made?

These are common questions being asked by a growing contingent of Americans with an interest in this rising star of the herbal supplement world. In this post, we’ll try to answer these questions in enough detail to satisfy the average consumer’s curiosity on this subject. 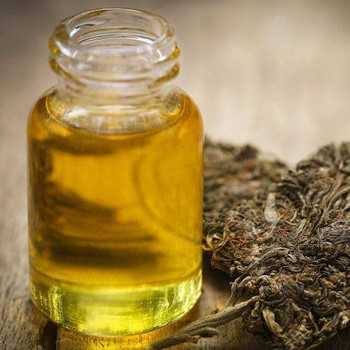 The origins of CBD have piqued the interest of millions of Americans. There is one glaringly obvious reason that so many people are so interested in the origins of CBD — that is as opposed to more common supplements such as, say, Vitamin E.

The extreme interest in CBD can be attributed to the fact that it is widely known that CBD is derived from cannabis, the very same plant used to produce medical and recreational marijuana.

Cannabis is a highly controversial and widely misunderstood plant with a dubious history in America. Up until recently when the debate over legalization began to heat up in earnest, most Americans considered cannabis and marijuana to be the same thing. However, marijuana is only one product of thousands that can be produced from the cannabis plant.

For this article, there’s no need to get into a lot of biological and botanical jargon. Let it suffice to say that cannabis is an ancient crop that has been cultivated by humans for eons both for medicinal and industrial purposes. In fact, cannabis is one of the most versatile plants ever cultivated by man. Depending on how various cannabis strains are bred, how they are farmed, and how they are processed, a wide variety of both medicinal and non-medicinal products can be produced.

Aside from its use as a medicine, cannabis is used for food, textiles, building materials, plastics, biofuels, and much, much more. The seeds of the cannabis plant are highly nutritious and packed with protein. The fibers of the plant are strong and useful for making clothing, rope, paper, batteries, and even environmentally friendly concrete.

It is not the seeds and the fibers, however, that this article is concerned with, but the flowers. Cannabidiol, aka CBD, and other medicinal compounds are produced in the resinous flower clusters of the female cannabis plant.

The most common cannabinoid, which is produced in abundance in marijuana flowers is delta-9 tetrahydrocannabinol, or THC for short.

THC is the compound produced in marijuana that is responsible for the high experienced from smoking or eating cooked cannabis.

Unlike THC, CBD does not produce a high.

What’s the difference between marijuana and hemp?

The term marijuana actually refers to the resinous flower clusters of cannabinoid-rich strains of cannabis that are specially cultivated to produce intoxicating or medicinal effects.

Many people will refer to the cannabis plant in general as marijuana. This is incorrect. A variety of products can be made from cannabis. Not all of them can be called marijuana.

The term marijuana is correctly used to describe only the flowers of female cannabis plants that are cultivated from strains that are high in cannabinoids.

Hemp, on the other hand, is a term generally used to describe the fibrous, seed-bearing crops that are low in cannabinoids but produce copious seeds and fibers. In order to meet the legal definition of hemp, a plant must produce less than 0.3% THC.

In recent years, however, strains of marijuana have been developed that meet the criteria of the definition of hemp.

In order to delineate between these low-THC strains and marijuana, strains being used specifically to produce CBD oil are now referred to as hemp.

Remember, however, these are not strains of industrial hemp. Rather they are strains of marijuana that have had the THC bred out of them.

In order to differentiate these strains from industrial hemp, these low-THC, high-CBD strains are sometimes referred to as phytocannabinoid-rich hemp, aka PCR hemp.

You will often hear it said that CBD is produced from industrial hemp, but this is a misconception. Industrial hemp includes both male and female plants and typically produces very low levels of cannabinoids. As a result, industrial hemp is generally considered unsuitable for CBD production.

Hemp-derived CBD, on the other hand, is federally legal and available nationwide. It’s important to note, however, that in some US states CBD oil still falls under the state’s controlled substances laws. Be sure to check the local laws in your state.

How is CBD produced?

Whether produced from marijuana or from PCR hemp, the process of producing CBD oil is the same. In fact, the cultivation process is also the same.

Both crops are grown in plots or pots rather than in vast fields like industrial hemp. Only female plants are allowed to grow. All male plants are culled. This is because as soon as the flowers are pollinated they stop putting energy into flowering and begin to put their energy into producing seeds.

Once the flowers reach maximum cannabinoid potency the plants are harvested and dried. Dried PCR hemp flowers can contain as much as 25 percent CBD.

This initial extraction is generally referred to as raw hemp extract. Raw hemp extract is a very thick, black, odious and bitter oil.

To make the product palatable, the raw hemp extract then goes through a series of filtration and distillation processes. These processes remove unwanted compounds including remaining solids, waxes, chlorophyll, and so forth.

This resulting cannabinoid-rich oil is what is commonly referred to as CBD oil. However, in many cases, this product is mixed with vegetable oils such as coconut or hemp seed oil or sometimes animal-based oils such as emu oil.

CBD oil can be further refined to produce nearly pure CBD. Purified CBD takes the form of an odorless and colorless powder. It contains no other cannabinoids or terpenes.

Learn more: How does CBD oil work? It's Complicated.

The 3 categories of CBD products

CBD oil comes in a wide variety of formulations. It’s important to know the difference between these formulas to accurately determine which product is ideal for your needs.

What is full-spectrum CBD oil?

Although some active ingredients are lost in the process, the bulk of the original cannabinoids and terpenes found in the flowers remains. This product is often referred to as full-spectrum CBD oil.

It’s important to note that terpenes also can deliver very powerful medicinal effects. In fact, the effects of CBD oil can differ greatly depending on which terpenes are present in the formula. For example, some terpenes might contribute to calming and sedating effects while others might induce waking effects.

The combined effect of the cannabinoids and terpenes is often referred to as the entourage effect.

You might have ascertained by now that because every cannabis strain and crop produces a different ratio of the various cannabinoids and terpenes, each produces its own unique set of therapeutic effects.

For this reason, it’s important to choose a product from a manufacturer that is willing to share lab reports showing exactly which terpenes are present. 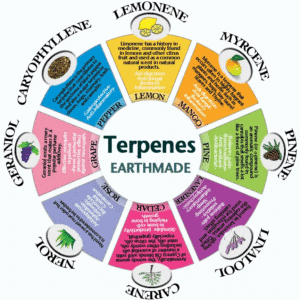 What is broad-spectrum CBD oil?

As described above, full-spectrum CBD oil can vary in cannabinoid and terpene content from batch to batch. However, purified CBD and specific terpenes can be combined in exact ratios to produce very specific effects.

For example, a formula can be developed that contains only CBD and particular terpenes meant to help the user sleep. Others might contain a mix of terpenes developed to promote peak performance.

In most cases, however, in order to keep the cost of the product down, the terpenes that are used for these formulas are not extracted from hemp, but from other botanicals that are more common and less regulated by the government.

These reformulated CBD oil products are referred to as broad-spectrum CBD oil.

In addition to the variety of CBD oil products available on the market, there is also a gamut of other products and delivery methods. These include edibles and beverages, skin creams and ointments, cosmetics and bath products, inhalers, suppositories, and more.

Some of these products, such as CBD vape oils, CBD capsules, etc. can be produced using full-spectrum CBD oil. However, in most cases, these other products are produced using purified CBD.

Because purified CBD is odorless and flavorless it is ideal for use as an additive in foods, beverages, creams, and cosmetics.

Learn more: What are the side effects of CBD?

Which CBD product is right for you?

Now that you know there are three very different types of CBD oil products, the question becomes which type is ideal for your purposes.

Although this topic alone really requires an article of its own, there are a few rules of thumb that can put you on the right path to choosing a product that will work for you.

When to use full-spectrum CBD oil

Unless you are fully aware of the active ingredients in a Full-spectrum CBD oil including all of the cannabinoids and terpenes involved, it’s best to use these products only in low-doses as a dietary supplement.

However, if you’re attempting to treat a serious medical condition, you’re going to need to do a little homework to find a full-spectrum oil with the right combination of cannabinoids and terpenes. This could take some time.

Learn more: Can you take to much CBD?

When to use broad-spectrum CBD oil

As we mentioned above, broad-spectrum CBD oil products are often specifically formulated to treat certain conditions or produce certain effects. The problem is that makers of CBD oil are forbidden to claim that their products have any medical benefits.

If the product’s intended purpose is not clear, you’ll need to check which terpenes are found in the formula and do some homework to determine their effects.

When to use purified CBD-infused products

As we mentioned, purified CBD is flavorless and odorless making it ideal for use in edible products and cosmetics.

If you’re interested in some of the effects provided by terpenes you might use your edibles in combination with other herbal remedies that offer specific effects.

Furthermore, if you’re taking CBD in high doses to treat conditions such as epileptic seizures, tremors, involuntary movements and so forth that are related to nerve dysfunction or damage then purified CBD is probably your best bet.

There are different schools of thought here, however, and some terpenes can enhance particular effects attributed to CBD. Again, if you’re interested in using a full-spectrum or broad-spectrum CBD oil to treat a serious condition you really need to do your homework.

What is CBD oil and where does it come from?

Does CBD oil really do anything?

How does CBD oil work?

Can you take to much CBD?

What is the Endocannabinoid System (ECS) And How Does It Work?